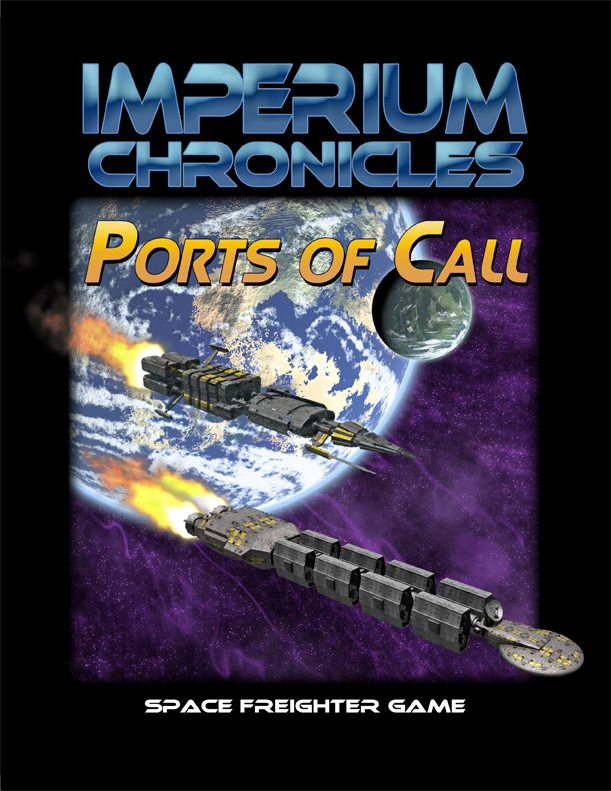 In Ports of Call, each player becomes a starship captain of an interstellar freighter with the goal of building a trading empire among the planets of the Imperium.

Ports of Call can be played by one to five players. The conditions for winning depend on player agreement, but can range from accumulating the most money after a period of turns or causing all other players to go bankrupt.

Each ship has its own stat card listing its attributes including agility, defense, and cargo capacity. Each attribute is displayed as boxes; filled-in boxes show the current value while empty boxes show the ships potential values after upgrades.